French Riviera – Worth the Wait… 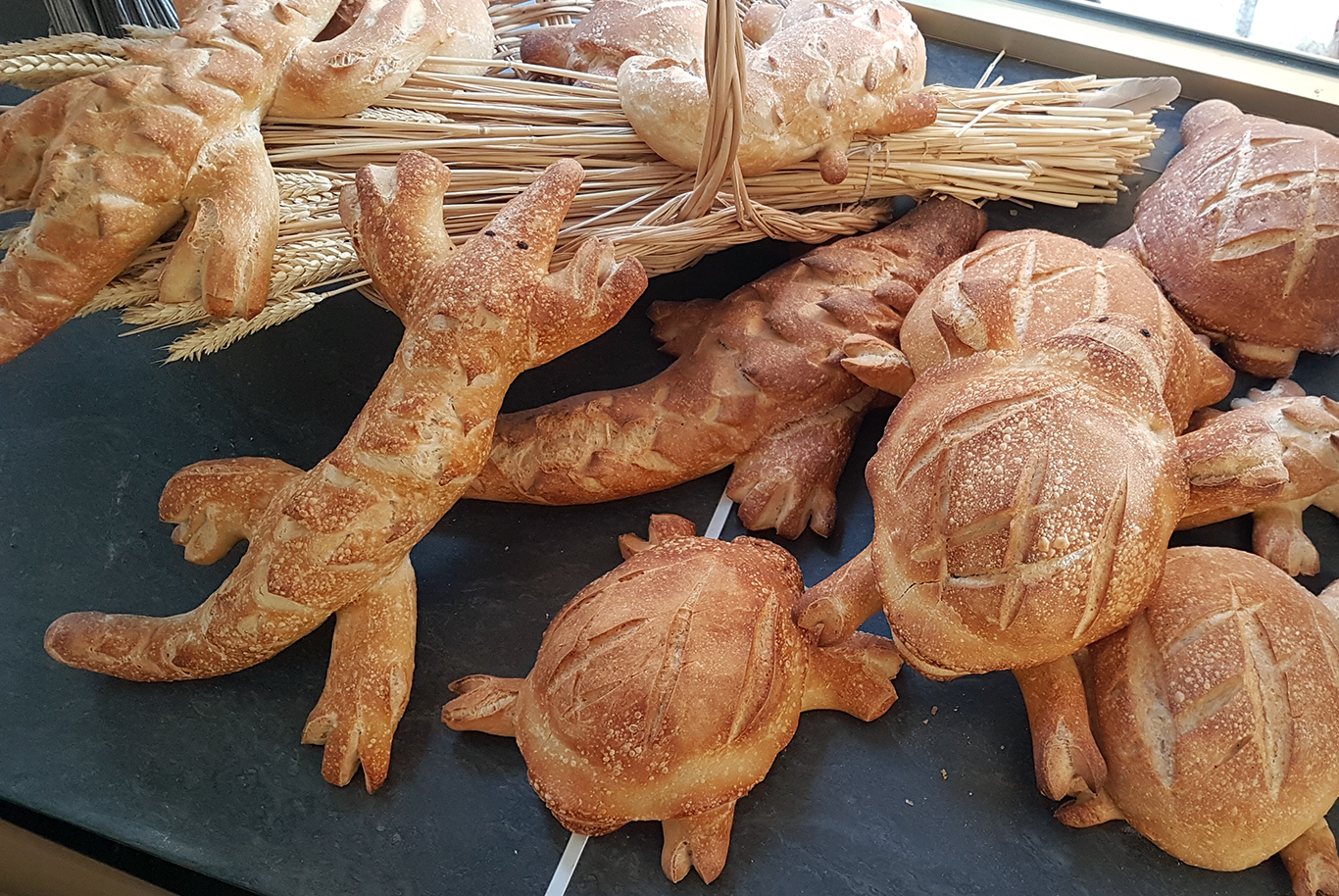 You all know how I love to celebrate my birthday on some faraway land. This time around, I finally booked a trip to Cannes and dropped in Nice as a bonus since they are so close together. I’ve always wanted to visit Cannes due to the festival hype around it. I flew into Nice airport and the first 3 nights stayed in Cannes and the next three nights stayed in Cagnes-sur-mer—both Airbnbs were a quick walking distance from the beach. Cagnes-sur-mer is a short 25-minute train ride to Nice. I highly suggest staying outside of Nice to save some dollars; and don’t worry it is easy to get around by train, car, or bike. Next time, I’d probably rent a car to explore the northern regions nestled with wineries.

Cannes reminds me of an 80s Miami scene…it just gives me that vibe. The city is obviously touristy with lovely beaches and streets lined with restaurants and shops. You must check out the outdoor covered market Marché Forville located near La Croisette boardwalk. The Marché has stalls with seasonal local produce and fresh flowers, as well as fresh fish, meats, and local and regional foods. There wasn’t much to do in Cannes other than lounge, swim, and stroll around; then eat, shop, repeat. It’s probably better to visit when there’s a festival or some event happening. Bring plenty of spending money if you decide to stay in Cannes.

Of course, I had to visit Grasse, the perfume capital of the world located right in the French Riviera. We rode the local train from Cannes to Grasse. And then bravely decided to trek our way up and up and around to Fragonard Parfumeur Historic Factory. We found our way after circling around a bit but Google Maps eventually got us there. It was lovely to tour the workshops and labs where the products are developed from raw materials. The guided tour ended in the gift shop where there are perfumes for smelling and sale at factory prices, and scented gifts. There were other perfumeries to visit, but this one jumped out at me. After the tour we walked around to explore a street lined with shops and cafes, in the hopes of feeding my belly. We ended up at a place with the best french fries I’ve had in a while called Le Croissant Rose. What made them the best is that they were “well-done” and hot (temp-wise)! Well-done does not mean burnt but slightly brown (tan) and crisp to the bite. They were gobbled up in minutes. If you happen to eat there, grab a table and wait for someone to take your order. They were slow getting to our table (I was getting impatient rather), so we went to the counter to order and then sat back down. The guy didn’t seem very happy with us doing that, but who cares because my hunger outweighed his annoyed face. You can order at the counter for take-away (which looked like what the locals were doing). This is bad, but the fries made it worth the hike! Perfumery who??

So, I must share this eye-opening bit with you all. We were walking along the beach of Cagnes Sur Mer and see commotion ahead. Our nosey asses had to get closer to see what was going on. We get close and see this man laying on the sand and this woman giving him mouth-to-mouth resuscitation. It looked like it had been going on for a while. The paramedics arrived and did their thing. It didn’t look promising for the poor guy. It was getting too depressing and the sun beating on our faces wasn’t helping, so we continued our stroll. The next day, we surfed the web for news about the guy and found out he did not make it. This just makes you appreciate life and how you should live it to the fullest. Get your asses up and do you! Live life! Soap box out….

Let’s talk about Nice. This city is gorgeous from the architecture in Old town and around to the miles of pebbly beaches bumped up against crystal blue waters. It’s easy to get around by foot or tram, if preferred. From what I could gather, the locals are friendly and helpful. You know how some locals in tourist-ridden cities loathe tourists because we’re ruining their land. There’s plenty of great shopping from global chains to local shops, eating and sight-seeing to last for weeks on weeks.

To supplement my eating habits, save money, and keep me from getting too hangry, we made frequent trips to the grocery stores for ham (prosciutto, Parma ham and Jamon serrano), cheese and enormous mouth-watering prawns. We also bought fresh baguettes, croissants, and pastries from local boulangeries almost every morning. There was a point where I was making a sandwich on the train to Cagnes-sur-mer with baguette and ham like I’ve never eaten before in my life. Okay now read on about where we feasted when we wanted to spoil ourselves. Let’s be real…that’s what my trips are really about.

Le Meynadier Pizzeria Brasserie (Cannes): Don’t go here! That’s what I wish someone told me before we sat down. The restaurant setup was interesting with a seemingly stocked bar, tables inside and out and a little tobacco counter on the side of the walkway. We saw pizzas on another table that looked somewhat appetizing, so we decided on that. They pretty much tasted like the pizzas we ate in elementary school cafeterias. And annoyingly, on top of that it was expensive for what it was. While we were waiting for the pizzas to arrive, I read the reviews on TripAdvisor and they were bad. We should have left then, but we would have felt bad leaving after just ordering. Meanwhile, I kept picturing some bearded woman wearing an old ragged hairnet halfway on her head and a cigarette pursed on her lip puffing while making the pizza. The only excitement at the restaurant was the characters whizzing in and out buying cigs. I’ve wasted enough words on this place.

Chez Marlene (Cannes): Caution — I was a bit tipsy by the time we got to this restaurant (this is a no judgement zone, right?!). I do remember getting there and the ambience of the place being quite dead. Maybe it was the day of the week or the time of the evening (8pm-ish which is quite early), but it was quite empty. It was near the docks so we enjoyed lovely evening views that enhanced our dinner. We ordered a burger with truffle sauce and a side of fries and — of course — seafood pasta. I’m always on the hunt for the best seafood pasta and this one was average. If you happen to try this place, let me know what you think. It wasn’t great and it wasn’t bad.

Le San Marino (Cagnes-sur-mer): It was late in the evening (well late for my hangry ass because I thought I was going to die a horrible death by hunger) and we were on the hunt for dinner. We hit the streets and walked along the beach (huge mistake because they are usually tourist traps with awful food) checking out menus and Trip Advisor for a decent restaurant. We ended up at Le San Marino because the menu looked alright and it seemed to be packed with locals which is usually a good sign. I ordered lasagna just to see how the French make it and because I love lasagna. It tasted sweet and slightly burnt which made it difficult to get through. My other half ordered “all-you-can-eat” mussels with fries for a few extra euros. The guy who sat us was very friendly, but the server was a complete asshole. The situation became worse after we have feedback to the owner and his response was pretty much “I could give two shits.” He tried to charge me for food I barely ate and did not enjoy, but after some stern convincing he removed it from the bill. Apparently, our server was exhausted because he had been working all day, but I called bullshit on that! He was friendly to what seemed like regulars at the restaurant. Do not go here unless you feel like you want to be pissed on with rudeness!

Creperie La Gourmandise (Cagnes-sur-mer): This creperie is along the boardwalk, so you get views of boats chilling on the docks. They have fans running, so if you are there over the hot period you are good. The restaurant gives off a chill vibe with 80s looking seating. I ordered cider that came in a bowl. I really wanted to pick it up and drink it like soup ha-ha. The table ordered a flaming (literally) grand Marnier banana and chocolate crepe and grand Marnier crepe topped with whipped cream. Both were spot-on tasty. I’ve done the hard work for you in choosing a creperie for you because there are loads of them around. Give this place a try and let me know what you think.

Le Romarin (Nice): There are so many restaurants in Old Town to choose from and various cuisine options. We ended up at Le Romarin because the menu seemed appealing and affordable in comparison to the other restaurants and ratings were decent. We sat outside watching the tourists pass by and looking just as lost or hungry as we did reading menus outside the restaurants. I ordered…wait for it…. seafood pasta! And I’m so glad I did because it was packed with enormous prawns, clams, squid, and mussels on a bed of linguine topped with tomato based sauce (cost about €16). The linguine was the perfect cook and the sauce fresh and seasoned just right. It may have been the best I’ve had since I’ve been on this seafood pasta journey. We also ordered a tasty pizza topped with chorizo, onions, and peppers (cost about €13). The service was decent and attentive, which was surprising for a busy restaurant in a touristy area. I’d go here again just for the seafood pasta.

La Route Du Miam (Nice): First, reserve a table as soon as you read this! La Route du Miam was recommended to me by my sister — ace travel partner — who said this was the best meal she’s ever had in her life. So of course, I had to make a reservation which was done a month out. It’s a small cosy restaurant owned by a husband and wife with a few tables and the kitchen in view. The husband Jean Michel is the chef and wife Marie is the server, greeter, host and entertainer. Marie is a breath of fresh air—very welcoming, friendly, funny, and down to earth. She engaged with the diners and it seemed quite sincere; and on top of that she remembered my sister (and even if she was telling a little white lie, it was a believable one).  We ordered a bottle of red with 2 orders of the half-roasted duck with roasted potatoes, stuffing (topped with a ducky neck bone), and foie gras. Every table in the restaurant pretty much ordered the same. My plate came out with a birthday candle and a sweet birthday song from Marie. The duck was melt-in-your-mouth succulent and flavourful with crispy skin, as well as foie gras and stuffing. I even ate the skin which is something I rarely do. I’m drooling just writing about this. This birthday dinner was beyond spectacular and I can honestly say one of the best duck dishes I have ever had! Altogether our dinner including a bottle of wine totalled about €90. I cannot remember if there’s anything else on the menu besides duck, but who cares…remember to reserve a table and get the duck with stuffing and foie gras.

Follow us
Amalfi Coast – To visit or not to visit?!?
Porto – You Either Love It or Hate It